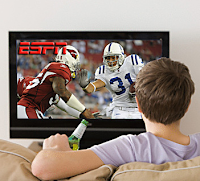 Michael Powell, a former chairman of the Federal Communications Commission and now the cable industry's top lobbyist, warned that if the cost of sports programming continues to rise it could lead to government intervention.

"We all ought to wake up and be careful ... so we don't blow this into smithereens at some point and invite the government to do it for you, which I think nobody would be a winner in," Powell said in an interview this week on C-SPAN's "The Communicators,"  according to Joe Flint at latimes.com.

Powell, who chaired the FCC from 2001 to 2005, is now the head of the National Cable & Telecommunications Assn., the lobbying arm of the cable industry.

The last decade has seen a dramatic increase in the fees broadcast and cable channels pay for television rights for sports. Many of those costs are ultimately passed on to pay-TV subscribers.

ALSO READ: Cable subscribers are about to get a sneaky fee. Click Here