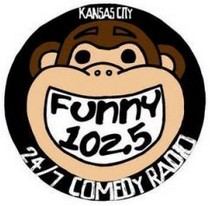 Another batch of market PPMs have been released by Arbitron.  And the headline of the day goes to KCMO-HD2 in Kansas City.

The station recently started airing an all comedy format via the HD2 channel for 94.9 KCMO FM plus a translator K273BZ-FM at 102.5-FM .  The station is branded as Funny 102.5FM.

The station is an affiliate of  24/7 Comedy Radio, launched last September, is produced by the Donkey Comedy Network and distributed via Citadel Media. 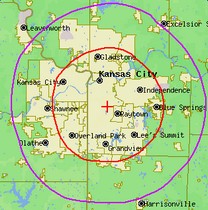 The station gets substantial coverage of the market with 250 watts way up at 1,145 feet (see left).  The format also gets market exposure via KCMO's HD2 huge 100,000 watt signal (see below).

The March payoff?  The format made the PPM needle spike from a 1.6 in February to a 4.0.  So impressive we're sure to see the format debut in other markets. 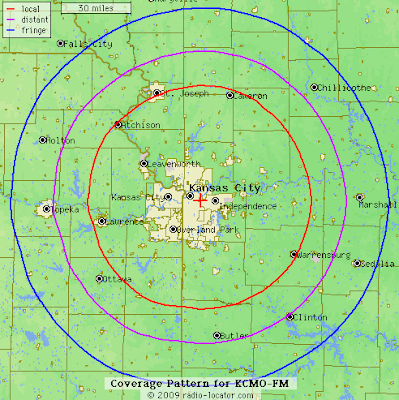