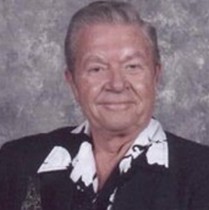 Ted Quillin, one of the original "Seven Swingin' Gentlemen" who brought rock and roll into its first major market at KFWB in Hollywood in 1957, has died. He was 79.

He had been in radio for over 60 years and was honored by the Nevada Broadcasters in 2005, when he was inducted into the Hall Of Fame.

Born in Oklahoma City, Quillin moved to El Paso, Texas where he finished high school and attended Texas College of Mines and Metallurgy now known as UTEP. During this time, while still in high school Ted started his broadcast career at KEPO, an ABC station in El Paso, according to wikipedia.

He started as a ‘gofer’ on a morning show from 6 to 7 AM, before he went to school. He graduated to staff announcer. After that he took a job in Corpus Christi, Texas at KSIX. The program director from KXYZ in Houston heard him, and hired him as a staff announcer.

From there he went to WACO in Waco, Texas. Ted moved to KELP which was a Gordon McClendon station, doing top 40. This is where he met Chuck Blore and when Chuck got the call to Hollywood he took Ted with him and Ted became one of the original "Seven Swingin’ Gentlemen", who took Rock and Roll into its first major market, at KFWB. His listeners became known as the "Quiverin' Quillin Clan."

Ted did a show for Armed Forces Radio & Television Network for many years and was heard on 530 radio stations worldwide. This show was broadcast while he was in Hollywood as well as after he moved permanently to Las Vegas. Years later the Armed Forces Network was re-broadcasting Quillin's shows on their radio stations.

More recently, Quillin was broadcasting with a Classic Country show for KDSS in Ely, Nevada and a show on the Internet on Rockit Radio, which can be heard on a computer at Pals radio.

As Ted always signs off any of his radio programs, he always wished his fans, “Blue Skies and Green Lights.”
Posted 12:08:00 AM