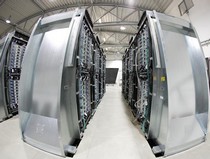 Amazon, which rents Web servers and storage to companies, said it was experiencing "instance connectivity, latency and error rates" with a data center in northern Virginia that handles operations for the U.S. The problem took down scores of websites and highlighted the risks to companies that outsource their Internet operations.

Amazon's Elastic Compute Cloud service is core to the company's cloud computing platform and is often listed as a model for other such offerings. The service allows users to run programs and store information remotely, access the applications over the Internet, and eliminate the cost of operating the equipment themselves.

In its latest update, Amazon said the company has made progress in fixing the outage, noting that all but one zone has been relaunched successfully.

Analysts have estimated Amazon Web Services could generate more than $500 million in revenue this year. Amazon is projected to report total revenue of $44.9 billion, according to Thomson Reuters. Shares, up 27% over the past 12 months, rose 1.1% Thursday to $185.89.

Websites such as Foursquare, Quora and Reddit have cited service problems related to Amazon's outage, with user-generated news link site Reddit recently noting on its web page that Amazon is currently experiencing a "degradation" and is working on it.

"We are still waiting on them to get to our volumes. Sorry," the site said.

Netflix Inc. (NFLX) is one of Amazon's more high-profile customers for cloud computing. The online video-rental company said it was aware of the issues Amazon is currently facing. 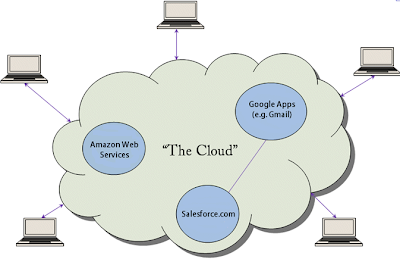 The market for cloud services is expected to grow to $102.1 billion in 2012, up from $68.3 billion in 2010, according to research firm Gartner. Two of Amazon Web Services' biggest competitors include Microsoft Corp.'s (MSFT) Azure cloud-computing platform and Rackspace Hosting Inc. (RAX).

Lew Moorman, chief strategy officer and president of the Rackspace Cloud, said Amazon's outage represents a "speed bump" for the cloud-computing industry, but ultimately won't deter businesses from turning to the cloud.

Michael Hussey, chief executive of PeekYou, a search company whose database contains records for more than 250 million people, said his company uses Amazon for 12 servers, but it doesn't put any "mission critical" applications in the cloud. As a result, the site, which uses 30 servers owned by PeekYou, is still up and running.
Posted 12:03:00 AM