UPDATE: Anchor Expects To Return To Work May 16

Regular drive-time listeners of WTOP may have noticed the absence of a familiar voice recently. 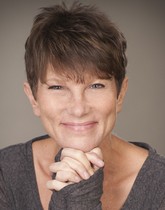 Longtime anchor Hillary Howard has been on a leave of absence since late March, and recently underwent surgery for a brain tumor.

According to a posting at wtop.com, the good news is doctors caught it early, and the even better news is the tumor is benign.

She is now home, recovering, healing and spending quality time with her husband, Dave Statter, and 11-year-old son, Sam.

"Sometimes I have to remind myself that I had brain surgery two weeks ago," she says with a laugh.

For Howard, there is nothing negative about her story, which began in November when she slipped and fell down the stairs. She hit her head, hard, and passed out.

At the hospital, after precautionary tests, her doctor told her she was fine, but they had found a small tumor -- a meningioma.

"I like to think a little angel pushed my foot down the stairs," she says.

She made the decision to undergo surgery at Johns Hopkins and have the tumor removed.

"I'm young. It would have continued to grow," she says. "I was determined to get rid of it."

Howard knows she is luckier than others who undergo brain surgery and she is "extraordinarily grateful."

And, while she's enjoying the time with her husband and son, Howard is also looking forward to getting back to work on May 16.