The Battle Expands at The Tribune 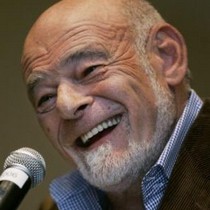 Sam Zell's top-of-the-market buyout of Tribune Co. cashed out shareholders about a year before the media company tumbled into bankruptcy protection.

Now, according to a story by Mike Spector, Jenny Strasburg and Shire Ovies at wsj.com, those former holders are bracing for a possible barrage of litigation aimed at clawing back more than $8 billion in payouts.

If successful, any litigation would represent an unprecedented legal development, some lawyers said. It would force shareholders to give back money gained from simply selling their shares into a corporate buyout offer, based on the theory that the deal was so fundamentally flawed that it amounted to a fraud that should never have happened. Under the best-case scenario, creditors likely would get back only between $2 billion and $3 billion, the amount necessary to make unsecured creditors whole.

While most lawyers said such cases are difficult to prove, former shareholders are girding for the worst, in some instances talking with lawyers and investors about plans to sock away money in anticipation of any litigation.