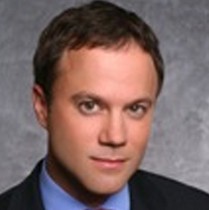 CBS News president David Rhodes tore into his morning news program, “Early Show,” today telling staffers in an email, “CBS News had a great weekend. And a bad Monday morning,” according to a posting by Chris Ariens at tvnewser.com.

Rhodes, who’s been on the job just shy of two months, sent an email to the staff and cc’d the show toppers of the weekend shows, “60 Minutes,” “48 Hours” and “Sunday Morning.”

The New York Post says Rhodes scolded that while the weekend shows broke news or had newsmaking interviews, none of it turned up on Monday’s “Early.”

CBS News had a great weekend. And a bad Monday morning.

Sunday we broke major news on Greg Mortenson, co-author of “Three Cups of Tea.” Turns out the uplifting bestseller may not be entirely true—and his charity’s finances are troubling.

Also on 60 Minutes: a revealing look at the problem of sex assault on campus told through one woman’s ordeal at the University of the Pacific, and Paul Allen’s true feelings about Bill Gates as discussed in a sit-down supporting his new memoir.

On cable at least one network is leading with Rep. Paul Ryan’s comments on Face—but we didn’t run them at all today.

That’s not all. Jerry Seinfeld talked to us… we learned what Molly Ringwald is doing in her 40s…. one of our own people got a star on the Hollywood walk of fame…

And Saturday night we heard the planned defense of Casey Anthony. Her explosive case goes to trial in May.

Where are these stories this morning? Not on the Early Show. Why not?

This really isn’t a case of not knowing what the organization is doing. We held a meeting Friday discussing what each program had planned—in which every single one of these stories was discussed. And of course each of these stories ran on our most popular programs. All rated highly, so an audience clearly found them. Some have generated follow-up coverage in other media.

Not our own show, though. We did exactly what our competitors did today. Weather roundup, check. Air traffic control, check. Holly Bobo—check, at precisely the moment everyone else covered Holly Bobo. Why not our reporting on Casey Anthony when others did Holly Bobo? Why not the Mortenson bombshell in the open?

Many of you on the Early Show have asked for clarity on what we want. Several times we have talked about sustained coverage of stories which are our own—I mentioned this several times the week after our story on Orlando’s motel homeless. Let’s get with it. Where’s our reporting? Make sure it’s in our show.