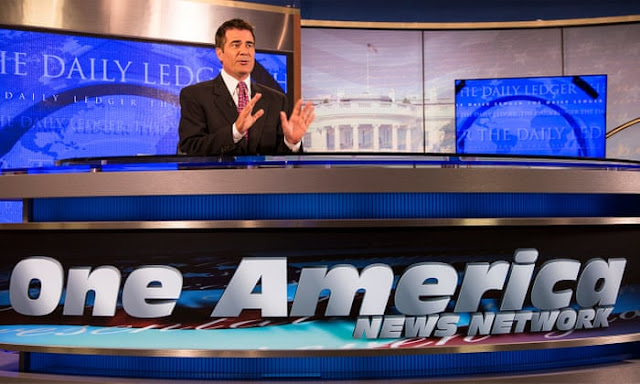 President Donald Trump went on a tear against Fox News Sunday afternoon and singled out two of the network’s most notable Democratic pundits as he bemoaned what’s happened to the network, reports Mediaiate.

In response to a question about a new Fox News poll, Trump said, “Fox is a lot different than it used to be. I can tell you that. Juan Williams, then they have the wonderful woman that gave Hillary Clinton the questions. That was a terrible thing. And all of a sudden, she’s working for Fox. What’s she doing working for Fox?”

Trump was referring to Donna Brazile, the former DNC chair who now works for Fox and, like Juan Williams, regularly co-hosts The Five.


Juan Williams at @FoxNews is so pathetic, and yet when he met me in the Fox Building lobby, he couldn’t have been nicer as he asked me to take a picture of him and me for his family. Yet he is always nasty and wrong!
— Donald J. Trump (@realDonaldTrump) August 18, 2019


“Fox has changed, and my worst polls have always been from Fox,” Trump said. “There’s something going on at fox. I’ll tell you right now. And I’m not happy with it.”

After years of often fawning coverage by Fox, particularly from its pro-Trump anchors like Sean Hannity, the commander in chief appears to be tilting his media gaze toward a younger, more conservative rival, cable outfit One America News Network (OANN).

The small upstart broadcaster was launched only recently, in 2013, by technology millionaire Robert Herring, who sought a more conservative alternative to mainstream media behemoths like CNN.

AFP reports OANN seeks to outfox Fox by drawing extra attention from Trump, who has been voicing his displeasure with the ratings leader over everything from presidential polling to its hosting of Democratic candidate town halls.

Last week in a tweet to his 63 million followers, the president managed to disparage Fox and his mainstream news foil CNN, while heaping praise on the new object of his media affection.

Since March he has tweeted links to OANN stories or shared his appreciation of the network 13 times.
Posted 4:18:00 AM