The Fight Over Aretha Franklin’s Assets Could Last Years 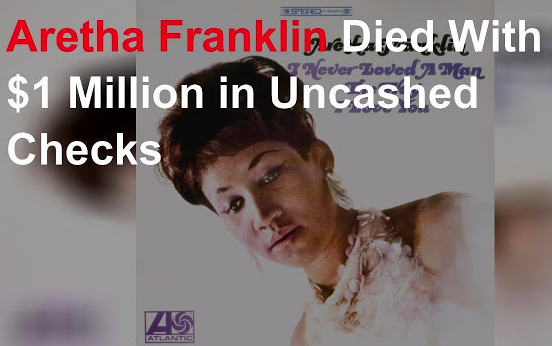 A  court audit has now revealed that The Queen of Soul Aretha Franklin had about $1 million worth of uncashed checks in her possession when she passed away, reports Digital Music News.

Franklin’s August 2018 passing saddened the music world and fans mourned the loss of one of history’s most versatile and capable singers. Behind the scenes, however, the stage was being set for Franklin’s children to become embroiled in a vicious dispute over her estate.

A court battle over who will receive Franklin’s funds and handle the estate’s long-term management is threatening to last for years.

It initially seemed that Aretha Franklin hadn’t written a will at all; her assets would have then been evenly distributed amongst her children.  After her passing, though, three handwritten wills were discovered under a pillow in her Detroit home.

The most recently written of these wills placed control of the estate with her youngest son, Kecalf Cunningham. The problem was that Aretha’s vast estate had previously been managed by Sabrina Owens, Franklin’s niece.  Another son, Theodore White II, sued to become co-manager with Owens.

The uncashed checks (one of which is worth more than $700,000) appear to have greatly angered Aretha Franklin’s four sons, each of whom has retained a legal team.

These sons released statements through their legal teams that indicated their overall dissatisfaction with the fact that it took so long to determine exactly how much money — and which possessions — Aretha Franklin had at the time of her death.
Posted 1:10:00 AM