Cha-Ching for Bakish, Ianniello At ViacomCBS 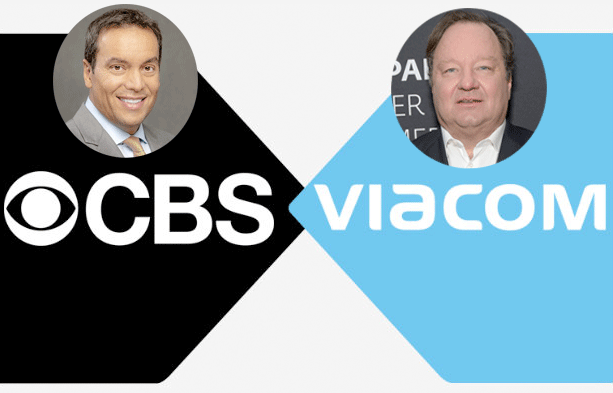 The merger of Viacom Inc. and CBS Corp. will be lucrative for the top executives of both companies.

The Wall Street Journal reports Viacom Chief Executive Bob Bakish, who will become president and CEO of the combined company, ViacomCBS, has signed a new contract ending four years after the deal closes. The contract lists salary, bonuses and other incentives worth about $31 million a year, roughly 55% higher than his total compensation in the most recent fiscal year, the company said in a securities filing.

Acting CBS Chief Executive Joe Ianniello, who will be chairman and CEO of CBS at ViacomCBS reporting to Mr. Bakish, will receive a payout of about $70 million when the deal closes. That payment resulted from a provision in his old contract at CBS that entitled him to a lump sum if he wasn’t named CEO of the combined company in the event of a merger.

Viacom and CBS last week struck a deal to reunite the empire of media mogul Sumner Redstone, creating a conglomerate with a valuation of $27 billion. The deal will combine Viacom’s popular cable channels, including Nickelodeon and Comedy Central, as well as its Paramount movie and TV studio, with the CBS broadcast network and premium cable channel Showtime.

Bakish’s new base salary is $3.1 million, an increase of about 3% from his previous salary of $3 million, according to the filing.

It would rank him fifth among CEOs in the media-and-entertainment industry group who have been on the job for at least a year. The two highest-paid media and entertainment CEOs were Discovery Inc.’s CEO David Zaslav and Walt Disney Co. ’s Robert Iger, whose total 2018 compensation—including performance incentives—was about $129 million and $66 million, respectively.

Bakish’s predecessors at Viacom and CBS have made considerably more than what he is set to earn as chief of the combined company. CBS reported paying Leslie Moonves more than $69 million each year in 2017 and 2016, while Viacom reported paying Philippe Dauman $93 million in 2016, his last year on the job.

Ahead of the deal, Ianniello signed a contract that keeps both his $3 million salary and his target bonuses flat. Ianniello is receiving a one-time grant of 450,000 ViacomCBS shares after the deal closes, according to the filing. The employment agreement says that grant is aimed at aligning Mr. Ianniello’s interests with those of shareholders and making up for the CBS stock grants that Mr. Ianniello is forgoing by signing a new contract. That contract expires 15 months after the deal closes.
Posted 5:23:00 AM