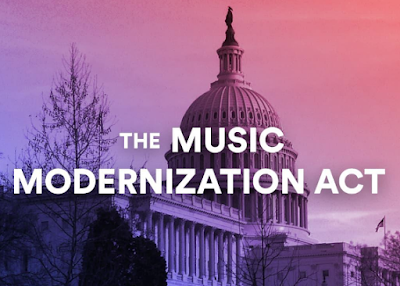 The co-owner of the publishing rights for songs by hip-hop artist Eminem sued Spotify in Nashville on Wednesday in a major copyright lawsuit that challenges the underpinnings of the landmark Music Modernization Act, reports The Tennessean.

A key component of the Music Modernization Act was shifting the onus of licensing songs away from the streaming services and to the new licensing organization that will be run by publishers and songwriters.

Spotify was the subject of several expensive lawsuits and subsequent settlements, including with the National Music Publishers Association. The Music Modernization Act included a provision that makes it extremely difficult for copyright owners who failed to file a lawsuit prior to Dec. 31, 2017, to seek legal remedies.

The NMPA and other stakeholders garnered the support of the streaming services for the Music Modernization Act largely by including the provision protecting Spotify, Apple Music and others from such copyright lawsuits.

The lawsuit by Eight Mile Style against Spotify challenges that component of the law. Eight Mile Style, which co-owns and maintains administrative rights to Eminem's 243 songs, claims Spotify has not properly licensed the songs or paid the company its publishing royalties.

Eight Mile Style is represented by prominent Nashville-based entertainment industry attorney Richard Busch, who has represented other clients who sued Spotify before the 2017 cutoff date.

Critically, Eight Mile Style argues the cutoff date is unconstitutional because it violates property rights and due process.
Posted 1:46:00 AM