ACCN, ESPN Flip The 'On' Switch 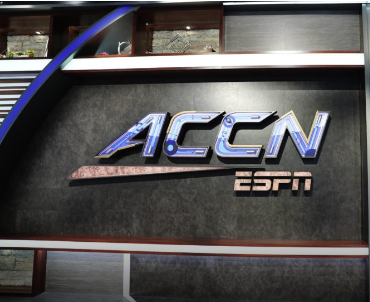 With competition among major college sports Opens a New Window. conferences at an all-time high, the long-awaited launch of the ESPN-owned ACC Network  Thursday night is expected to a major financial boost in the Atlantic Coast Conference's bid to catch up to the financially dominant SEC and Big Ten.

According to the Fox Business Network,the ACC and ESPN are set to split both revenue and costs on the new initiative, which will air dozens of games in football, basketball and other sports involving top programs such as Clemson and Duke in traditional cable TV and digital formats. Similar networks provide a sizable chunk of revenue that the Southeastern Conference (SEC) and Big Ten disperse to their schools, which then re-invest the proceeds into team facilities, coach salaries, equipment and other programs.

After a lengthy pre-launch process, the ACC Network will look to lure paid subscribers and put its schools on equal financial footing with their out-of-conference rivals.

Despite a membership that includes some of the most marquee names in college football and basketball – traditionally the most lucrative sports in college athletics – the ACC has distributed far less to its schools in recent years. Bolstered by their successful media experiments, the Big Ten distributed $54 million to each of its 12 longest-standing programs in fiscal 2018, while the SEC distributed $43.7 million, according to documents obtained by USA Today. By comparison, the ACC doled out just $29.5 million each.

The ACC Network will air 450 live events in its debut year, but the conference’s top games will still air on Disney-owned ABC or ESPN platforms as per a separate broadcast rights deals.

The fledgling service is years away from a subscriber base on par with that of the SEC Network, which boasts roughly 59 million subscribers generating about $230 million in annual revenue, according to estimates by The Athletic.
Posted 1:51:00 AM