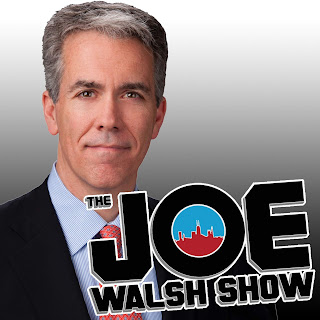 Joe Walsh, a conservative WIND 560 AM show host in Chicago and former Republican congressman from Illinois, is expected to announce he is running for president as early as this weekend, presenting President Trump with a challenger from the right his critics hope will weaken the president in the 2020 election.

According to The NYTimes, Walsh stands virtually no chance of wresting the Republican presidential nomination from Mr. Trump, whose approval rating with Republican voters is consistently in the high 80s, and whose political aides have been aggressively moving to tighten their control over state parties to thwart primary challenges.

The Times reports those encouraging Mr. Walsh, a Tea Party conservative who served one term in the House and went from staunch Trump supporter to acerbic critic, hope he can appeal to reluctant Trump voters who are open to an alternative.

Before his likely announcement, according to two people who have spoken with him, Mr. Walsh has hired a senior political adviser, organized meetings with high-profile Trump antagonists in New York City, and published an Op-Ed in The New York Times with the goal of previewing his campaign message.

Walsh has yet to definitively say whether he is running. “If I do it, it’s going to be before Labor Day,” he said in an interview.

Once an ardent and vocal critic of Hillary Clinton, Mr. Walsh said the breaking point for him came last year during Mr. Trump’s meeting in Helsinki, Finland, with President Vladimir V. Putin of Russia.
Posted 2:10:00 AM