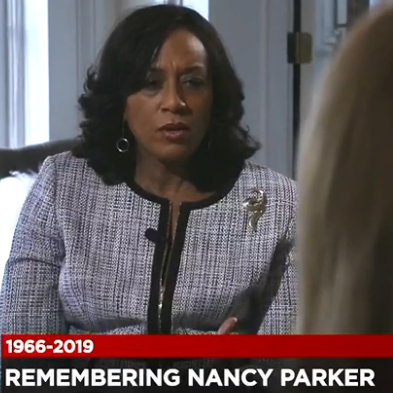 New Orleans journalist Nancy Parker was killed in a plane crash Friday after the aircraft she was shooting a story in went down in a field near a New Orleans airport.

WVUE Fox 8 confirmed Parker's death on Instagram Friday, writing: "Today we mourn the loss of our longtime colleague and friend Nancy Parker." She was 53.

"We can confirm she passed away in plane crash while covering a story at the New Orleans Lakefront Airport," the statement said. The New Orleans-based television station also confirmed that the plane's pilot, Franklin J.P. Augustus, was also killed.

Parker, a five-time Emmy Award-winning journalist who worked for Fox 8 for over two decades, is survived by her husband, Glyn Boyd, and three children, reports nola.com.

According to USAToday, a day after WVUE-Fox 8 anchor Nancy Parker was killed in a small-plane crash in New Orleans East, she was remembered Saturday by her still-stunned colleagues as a devoted mother, a dedicated journalist and an unwavering beacon of light and warmth.

“She was the same person on the air and off the air, which is not something everybody can pull off,” said John Snell, Parker’s co-anchor for the past 21 years at WVUE. “When viewers saw her, they saw this warm, sincere, caring, funny person. That’s who she was. That was Nancy.”

Those were among the qualities, Snell said, that caught the attention of WVUE management when they hired Parker — then working as an anchor in Baton Rouge — in 1996. They were the same qualities that made her popular with viewers, interview subjects and public figures alike, who responded to Friday’s news with a groundswell of love and grief.