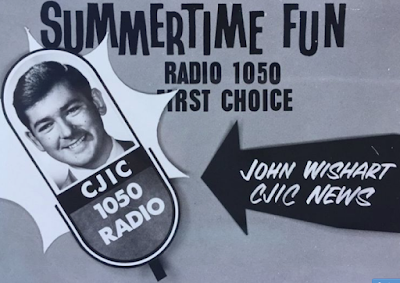 He died Aug. 10 at Sault Area Hospital. Wishart was 75, according to the Sault Star.

Former Sault city councillor Lou Turco, who hosts a Saturday morning show on Oldies 93, worked with Wishart at CJIC Radio and TV circa the late 1960s and early 1970s.   “John had a great voice for radio and TV and was very versatile hosting classical radio shows and jazz programs,” he said in an online tribute.

Former broadcaster Art Osborne remembers Wishart as “kind-hearted, genuine in his feelings and respect for others and he had a good sense of humour.

“I recall John as a consummate on-air professional with an extraordinarily smooth delivery and voice,” said Osborne in an email to The Sault Star.