Report: Cutting The Cord Could Get Costlier 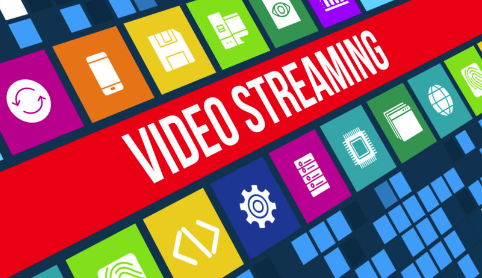 Last week CBS and Viacom agreed to merge, in a nod toward streaming, joining Disney, NBC Universal, AT&T and Apple as they look to reshape the streaming landscape and carve out their chunk of the lucrative new media dollar.

According to USAToday, CBS (the owner of the CBS TV network and pay cable's Showtime) and Viacom (home to MTV, Nickelodeon and Comedy Central) have both been stodgier toward streaming than competitors.

The Viacom channels, for instance, aren't available on the YouTube TV cable alternative, nor Sony's PlayStation VUE service. Hulu shows most of the prime-time lineups of NBC, Fox and ABC, but not CBS, which declined to join the ad-supported service. Instead, CBS started its own service, CBS All Access, which has all of the network's prime-time shows and originals like new versions of Star Trek and a sequel to "The Good Wife."

Viacom made its bet with Pluto.TV, the ad-supported network it bought in January for $340 million. It recently began offering older Viacom cable TV shows like "Wahlburgers"

Execs last week said Viacom shows would soon come to CBS All Access and CBS fare would go to Pluto.

That won't raise anyone's rates. Netflix recently upped its monthly charge, and Apple and Disney plan to launch new streaming services this year, with Warner and NBC/Universal in 2020.

Now, Disney+, the streaming service set to launch in November, is the biggest project CEO Bob Iger says the company has been involved with, and it's the service "my readers most care about," says Luke Bouma, the editor of the Cordcuttersnews blog.

"No other service brings them more excitement," he adds. "Nothing's even close." It has a low price of $6.99 monthly, has a complete library of older Disney cartoons, plus new originals from the Pixar, Marvel and 20th Century Fox libraries. This week, Disney announced a new series based on the Fox movie "Love, Simon."

Of the three new services, says Michael Pachter, an analyst with Wedbush Securities says Disney+ is the one to beat, followed by HBO Max, which will be offered to current HBO subscribers as a nominal upgrade. No pricing has been announced, but Pachter predicts $3 to $4 monthly.
Posted 1:47:00 AM