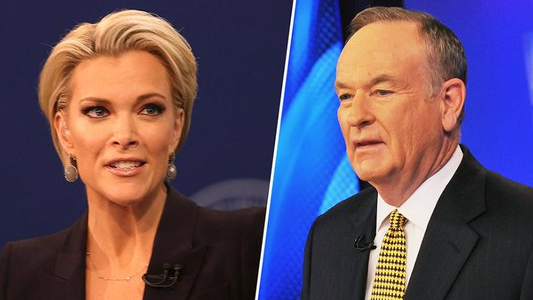 Megyn Kelly and Bill O'Reilly have a rivalry many at Fox News are well aware of. The two top journalists for the news network are so fiercely competitive, that when O'Reilly had a chance to defend his colleague in an interview with Donald Trump, he let it pass.

According to CNN, a high-ranking Fox News source reveals that Bill O'Reilly finds Megyn Kelly a threat and a lot of tension exists between them. The insider says that O'Reilley nas never had “a serious challenger like her before.”

The ongoing feud between O'Reilly and Kelly is said to be a headache for Fox News chief Roger Ailes. Contract renewals for both of them are coming up, according to StarPulse.

Perhaps the strained relationship was most obvious when O'Reilly interviewed Trump last week on "The O'Reilly Factor." During their talk, Trump was vowing to skip the Iowa GOP debate the next day and called Kelly “highly overrated.” He also said that he had“zero respect” for her as a journalist. It was a golden opportunity for O'Reilly to stand up for Kelly, but he didn't say a word. When “The Kelly File” aired after the show, she didn't mention the interview that O'Reilly had with Trump.

For years Megyn Kelly and Bill O'Reilly had a great relationship. In fact, she had a segment on his show at his request called “Kelly File.” This increased her profile to the point that she got her own show aptly named “The Kelly File” in 2013. Since that time, the two have competed against one another for top ratings on Fox.

Bill O'Reilly is used to being the number one cable news show on television – and has been for 15 years. Megyn Kelly has beat him twice since the presidential race got serious. When she and Donald Trump had their famous feud after the first GOP debate, her ratings far outshined O'Reilly's.
Posted 4:40:00 AM