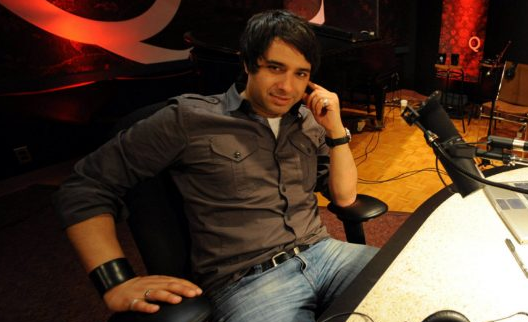 The trial of former CBC Radio host Jian Ghomeshi is set to get underway on Monday. Here are five facts about the case, according to the Canadian Press.

THE ACCUSED: Jian Ghomeshi, 48, was the former popular host of the CBC Radio program “Q” before he was fired in October 2014. Ghomeshi was born in England to Iranian parents and moved to the Toronto area as a child. While at CBC, he was regarded as a star media personality known for his dulcet tones and an interview style that drew out interesting nuggets of information from celebrity guests. Ghomeshi has been out on bail since he was charged and has been living with his mother.

THE COMPLAINANTS: Three women, only one of whom can be named, are behind the charges brought against Ghomeshi. Lucy Decoutere, an actress known for her role on the TV show “The Trailer Park Boys,” chose to go public with her allegations that Ghomeshi choked her “to the point she could not breathe” and slapped her “hard three times on the side of her head.”

THE CHARGES: Four counts of sexual assault and one count of overcome resistance by choking. The alleged offences took place in Toronto between December 2002 and July 2003.

THE EARLY DEFENCE: Ghomeshi has not made any public statements since he was first charged in November 2014. Right as the allegations against him began to surface, however, Ghomeshi issued a lengthy Facebook post on the day he was fired from the CBC saying he had done nothing wrong. He said his employment was terminated because of the risk of his private sex life being made public “as a result of a campaign of false allegations pursued by a jilted ex girlfriend.” He said that while he engaged in “rough sex,” he only participated in sexual practices that were “mutually agreed upon, consensual, and exciting for both partners.”

THE TRIAL SETTING: Ghomeshi’s high-profile judge-alone trial will take place in a downtown Toronto courtroom which is expected to be packed with observers and members of the media. The case will be decided by Ontario court justice William Horkins.
Posted 3:12:00 AM