Cumulus Media/Dallas announced Tuesday that its seven-station cluster raised a total of $1,212,089.85 for local and national charities in 2015. 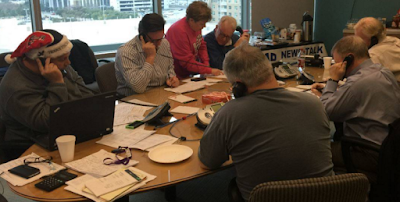 Dan Bennett, Regional Vice President and Market Manager, Cumulus Media Dallas, said: “Cumulus has always reminded us that despite the daily job of generating ratings and revenue we first serve the communities in which we are licensed. I could not be more proud of our Dallas team for understanding that, and executing these worthwhile campaigns to generate 1.2 million dollars to help people in our Dallas-Fort Worth community.”
Posted 3:01:00 AM