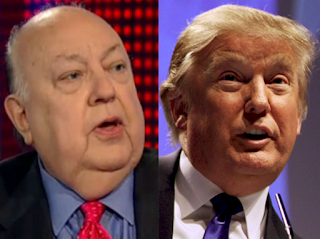 Donald Trump rarely admits he’s wrong. But he seemed to do just that, saying his decision to skip the Fox News Republican debate cost him a win in Iowa, according to The Hollywood Reporter.

“I think it could have been the debate,” Trump said during a press conference in Milford, N.H., late Tuesday ahead of next week’s primary in the state. “I think some people were disappointed I didn’t go [to] the debate.”

The billionaire New York real estate developer led the polls ahead of the Iowa contest, despite pulling out of the Jan. 28 debate because of his Twitter-fueled feud with Fox News anchor Megyn Kelly and the network’s chairman, Roger Ailes. Trump now appears to be considering that a miscalculation in his populist run for the White House.

His second-place finish to Texas Sen. Ted Cruz surprised political analysts, as did him squeaking by a surging Florida Sen. Marco Rubio, who came in third. Trump is still seen as the top contender to win next week’s New Hampshire primary.

Though Trump has persisted in his familiar rantings against the press — complaining to his nearly 6 million Twitter followers about the media’s “unfair treatment” of his “longshot, great finish in Iowa” — he may be toning down his attacks on top-rated Fox News. He appears to have taken a first step toward an attempted detente when he reached out to Ailes in an early-morning phone call after losing Iowa. A person familiar with the call told The Hollywood Reporter that the conversation was short, yet cordial — but provided no other details about what was said.
Posted 3:21:00 AM