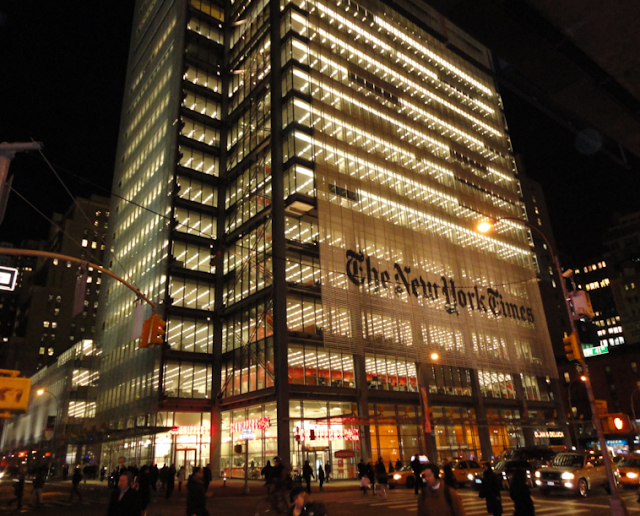 Buoyed by strong digital growth and cost savings, The New York Times Company reported on Thursday an increase in quarterly profit but said revenue was flat as its print business continued to decline. The earnings report came on the same day that a sweeping examination of the newsroom, which will include identifying further areas for cost reductions, was announced.

Dean Baquet, the newspaper’s executive editor, will lead the newsroom effort along with David Leonhardt, the founding editor of The Times’s digitally focused The Upshot, Mr. Baquet said in a note to the newsroom.

“We need to develop a strategic plan for what The New York Times should be, and determine how to apply our timeless values to a new age,” Mr. Baquet wrote.

“Although our digital revenue is growing strongly, we continue to feel the impact of declines in parts of our print business,” he added. “That means the company must continue to carefully manage its costs.”

In the quarterly report released on Thursday, The Times said its net income for the fourth quarter was $52 million, an increase of 48 percent compared with the same period in 2014. Company revenue was $445 million during the last three months of 2015, the same as the year-ago period.

In the earnings release, Mark Thompson, the company’s chief executive, described the fourth quarter as “strong” and extolled the company’s progress, including its new virtual reality offerings and the growth of T Brand Studio, a unit that creates content for Times advertisers.

For the full year, digital advertising revenue increased 8 percent compared with the previous year, to $197 million, and digital-only subscription revenue was $193 million last year, a roughly 14 percent increase from 2014.
Posted 4:15:00 AM