Report: Kraig Kitchin OUT As CEO Of The Blaze

UPDATE 2/1 5PM:   During the day, Kitchin clarified his role at The Blaze with NTS MediaOnline.  Kitchin says his role with Beck was that of a client relationship with his management firm Sound Mind, and that relationship would continue. Stewart Padveen has been selected to lead Beck's multi-media venture The Blaze.

In what knowledgeable observers say is a sign of increasing turmoil in Glenn Beck’s troubled media empire, Beck’s longtime mentor and corporate executive, Kraig Kitchin, has quit as CEO of The Blaze. 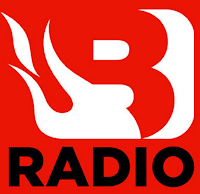 Both are based in New York, 1,500 miles removed from corporate headquarters in the Dallas suburb of Irving, Texas.

Several other key employees, including at least two senior producers based in The Blaze’s shrinking New York operation, are expected to follow them out the door.

A source close to the situation predicted a “mass exodus” from the New York studios, which are housed in a largely unoccupied 35,000 square-foot space at Midtown Manhattan’s Bryant Park.

The 55-year-old Kitchin Co-founded Premiere Radio Networks Inc., in 1987 and served as its President and Chief Operating Officer since 1998. He oversaw all aspects of Premiere Radio operations including talk and entertainment programming.