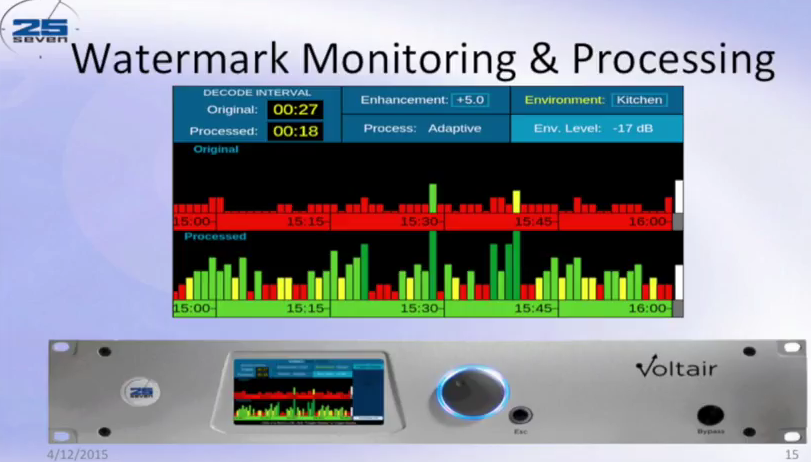 Dr. Barry Blesser, Director of Research at Telos Alliance made a presentation at last month's NAB Show “Monitoring for Ratings: Putting Yourself in Your Listeners’ Ears.”

During his presentation he explored effects of ambient environments on the effectiveness of the decoding operation of the PPM monitors and how this can be measured with the new confidence monitor, called the Voltair.

25-Seven Systems’ new processor Voltair works to improve PPM’s ability to capture most if not all of a station’s actual listening.

According to Telos Alliance, its new product was prompted by reaction to a Blesser white paper in 2009 that questioned certain aspects of PPM.

According to Blesser, certain kinds of music or voice do not effectively mask the watermark signals, resulting in lower amounts of coding depending on format or voice talent.

“The publication of that paper had the effect of bringing to light a number of people in the radio industry who had questions about the PPM system,” according to Blesser.