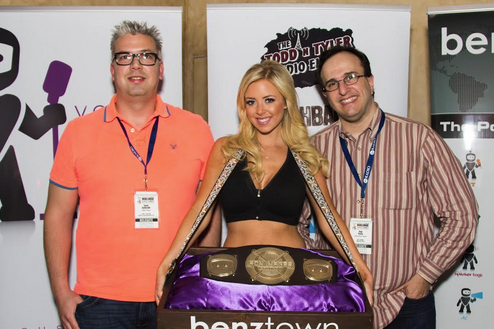 They were held  on Friday, April 24, at the All Access Worldwide Radio Summit at the Hollywood Roosevelt Hotel.

Iron Imager is a head-to-head live audio imaging competition presented annually by Benztown, an international radio imaging, production library, programming, jingles and voice-over services company. Benztown was also honored at the All Access Industry Awards Luncheon Friday with the Radio Industry’s Voice-Over/Imaging/Production of the Year Award for their contributions to the radio industry. 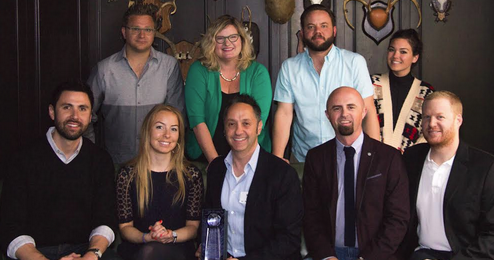 Iron Imager is the first and only competition of its kind. Justin Case, Director of Programming and Imaging for Benztown, awarded the championship belt to Kelly at the Westwood One Awards Luncheon, hosted by Zach Sang of Zach Sang & the Gang. 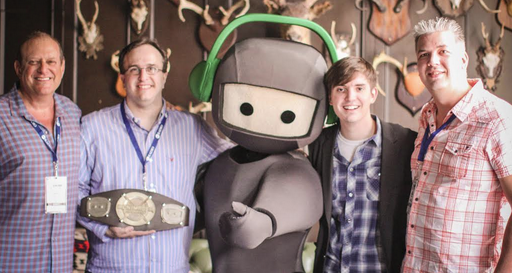 Galbraith and Kelly demonstrated their world-class imaging skills by producing an original 60-second Station ID for a format unannounced until the day of the competition. This year’s format was Classic Hip-Hop. Kelly and Galbraith used elements from one of Benztown’s 20 production libraries and an original script created by the Benztown team.