In 1958...Alan Freed was fired from WINS-AM, New York City, after a riot occurred at a Boston Rock 'n' Roll show that he was promoting and hosting.


In 1965...DJ The Real Don Steele started at KHJ-AM, Los Angeles in what would be a career that lasted decades at the station.  Here's some audio... 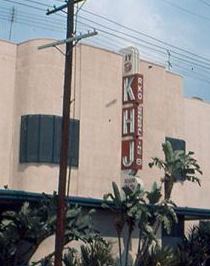 
In 1982...Beautiful music WTFM changes to Album WAPP in NYC


In 1992...Elizabeth Lennox died at age 98. She was an early radio singer. She made some of the earliest recordings known. She recorded cylinders for Thomas Edison.  In addition to her recordings Elizabeth appeared on NBC Radio until she retired from performing.