The Kate Smith Hour was a leading radio variety show, offering comedy, music and drama with appearances by top personalities of films and theater for eight years (1937–45). The show's resident comics, Abbott and Costello and Henny Youngman, introduced their comedy to a nationwide radio audience aboard her show, while a series of sketches based on the Broadway production of the same name led to The Aldrich Family as separate hit series in its own right in 1940.

Here's clip of a show aired during WW2.

In 1957...Larry King broadcast on Radio for the first time.

Clip of Larry talking about radio...

In 1957...WBBR changes call letters to WPOW, NYC.  The religious talks and placid string and organ music of WBBR disappeared, and the new station embarked on a series of changes that would repeatedly make it something of a pioneer in New York area radio.  Offices and a closet-sized studio for WPOW at 41 E. 42nd St. in Manhattan, but most of the broadcast operation remained at the Staten Island transmitter. 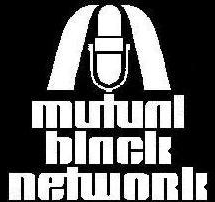 The network igned on May 1, 1972 with 32 affiliates, including flagship New Jersey station WNJR, KCOH Houston, KWK St. Louis, and WIGO Atlanta. It was an easy start-up: vice-president Stephen McCormick said all he had to do was hire the staff - 15 black newsmen, six editors, supervisors and salesmen. The news director was Shelton Lewis, once of New York's WPAT; working with him in New York was Robert Nichols, Joe White and Gerald Bentley. Staffing the Washington bureau was Ed Castleberry, Larry Dean, John Askew and Abby Kendrick.

Schwartz is best known for his two four-hour-long weekend broadcasts on WNYC-FM, The Saturday Show and The Sunday Show, which comprise about half talk and half an eclectic mix of music. Both week-end broadcasts are simulcast on wnyc.org. Beginning September 15, 2012, The Saturday Show has been heard in the evenings, while The Sunday Show is heard in the afternoons, New York time; The Saturday Show is recorded on Saturday afternoons, and a live stream of it can also be heard via The Jonathan Channel, as well as original programs recorded Wednesday, Thursday, and Friday mornings.


In his talk during the shows, Schwartz will discuss many famous pop songwriters and singers, and jazz artists.