Dan Rather: Brian Williams Probably Will Be Fired 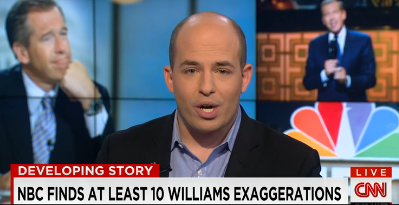 On CNN's Reliable Sources Sunday, Dan Rather says he thought Brian Williams had a slim chance of surviving the many lies that he was caught making, but with the new “vicious” accusations, he’ll probably be fired.