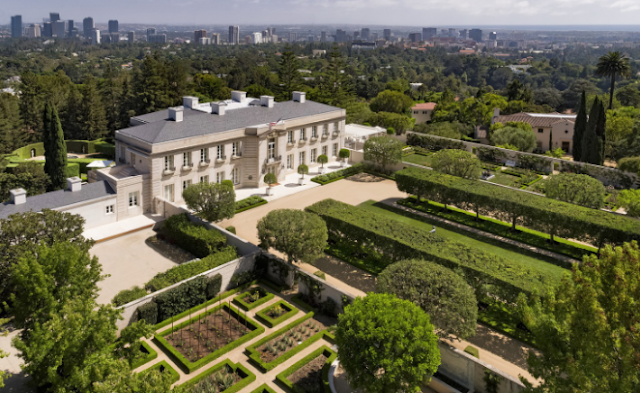 Some know it as “The Beverly Hillbillies” mansion, others as Chartwell. Now, it has a new name: California’s chart-topper, reports The LA Times.

The Bel-Air residence of late media mogul A. Jerrold Perenchio has sold for the highest price in California history, about $150 million. The buyer is Lachlan Murdoch, son of Rupert Murdoch and co-chairman of publishing company News Corp., The Times has confirmed.

Although the exact number isn’t clear, people familiar with the deal who asked for anonymity because they were not authorized to comment told The Times the closing price was well above the $119.75-million sale of the Manor in Holmby Hills earlier this year.

Priced as high as $350 million as a pocket listing, the estate centers on a 1930s French neoclassical-style chateau of 25,000 square feet that sits on 10 acres. Also trading in the deal was the former home of President Reagan and his wife, Nancy, which sits behind the main estate.

Classic television watchers may recognize Chartwell as the home of the Clampett family from the credits of the sitcom “The Beverly Hillbillies” (it was not used in the actual filming of the series). However, in real estate circles, it has long been considered among L.A.’s great estates.
Posted 1:15:00 AM