Steve Burke To Exit NBCUniversal In 2020 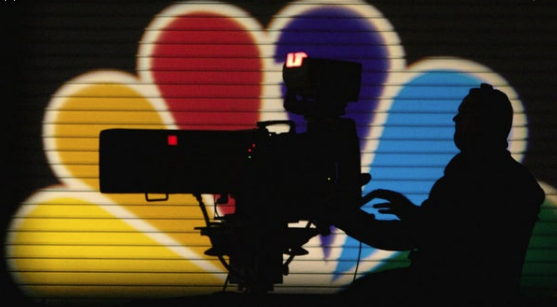 NBCUniversal Chief Executive Steve Burke is planning to step down next year, accelerating an internal race to succeed him, according to The LA Times citing two people familiar with the matter who were not authorized to comment.

Burke, 61, has managed NBCUniversal since Philadelphia cable giant Comcast Corp. purchased it in January 2011, shaping the once-tattered media company into a juggernaut. He has privately expressed an interest in leaving the company when his deal expires in August, according to the knowledgeable people.

His departure would come at a pivotal time for the company. NBCUniversal has two signature events coming next year: the launch of Peacock, a planned streaming service, and the broadcast of the 2020 Summer Olympics. The games in Tokyo are expected to be highly profitable for NBCUniversal; already the company has received more than $1 billion in advertising commitments.

The leading candidate to replace Burke is Jeff Shell, 54, who has run the Los Angeles-based film studio Universal Pictures since 2013.

Shell is a veteran television executive who has long been one of Burke’s most trusted lieutenants. The L.A. native became chairman of the film studio in 2013, and at the time was considered an unlikely pick because he had no experience in the movie business. Shell managed NBCUniversal’s international operations from 2011 to 2013, but happily returned to his home in L.A. because Comcast wanted a corporate insider who was a Hollywood outsider to lead its West Coast charge.

The son of the legendary co-leader of Capital Cities/ABC, Burke also got his start at Disney and launched the Disney Stores retail unit before taking charge of the Burbank company’s ABC television unit. But he decamped for Comcast in 1998 and has been a key ally of Comcast Chairman and CEO Brian Roberts for 21 years.

Leaving in 2020 would mark a logical inflection point as the entire industry is in transition. NBCUniversal is well along in the construction of a sprawling theme park in China — Universal Studios Beijing — and its opening is slated for early 2021. It will be the fifth branded Universal Studios park.

But the next CEO of NBCUniversal will face existential challenges as the cable TV channel business, which has been key to NBCUniversal’s profits, shrinks with more consumers cutting the pay-TV cord. Broadcast television, including NBC, has witnessed a sharp drop in primetime ratings. And the movie business faces uncertainty as consumers spend more time watching streaming services in the home.
Posted 3:54:00 AM