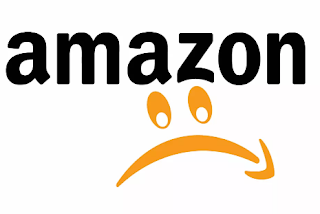 The Hill reports Amazon is accusing President Trump of exerting "improper pressure" to influence the Pentagon to award a lucrative cloud-computing contract to Microsoft instead of Amazon, which was a clear front-runner before Trump began intervening in the process over the summer.

In a court filing made public on Monday, Amazon Web Services (AWS), Amazon's cloud-computing arm, alleged that Trump engaged in "public and behind-the-scenes attacks" to steer the contract away from AWS out of spite for his "perceived political enemy -- Jeff Bezos," the CEO and owner of Amazon as well as The Washington Post.

Trump has targeted Bezos, who owns the Post, a newspaper that he has accused of bias against him, and called for a review of the contract over the summer.

"The publicly available record of President Trump's statements and actions demonstrates that he repeatedly attacked and vilified his perceived political enemy - Mr. Bezos, the founder and CEO of AWS's parent company, Amazon, and who separately owns the Washington Post and then intervened in this procurement process to thwart the fair administration of DoD's procurement of technology and services critical to the modernization of the U.S. military," Amazon wrote in the filing.

Amazon is asking the court to declare that the award was not doled out legally, and is seeking to prevent the Pentagon from moving forward with Microsoft. If Amazon wins its challenge, the Department of Defense (DOD) would have to start the bidding process over.
Posted 1:13:00 AM