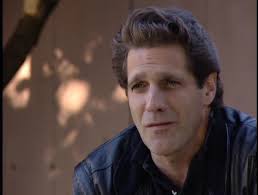 Glenn Frey,  a founding member of the Eagles, died at age 67 on Monday in New York City, the band’s website has announced.

“Glenn fought a courageous battle for the past several weeks but, sadly, succumbed to complications from rheumatoid arthritis, acute ulcerative colitis and pneumonia,” the Eagles’ website stated.

Rheumatoid arthritis is a chronic inflammatory disorder that usually affects joints in the hands and feet, and ulcerative colitis affects a person’s digestive tract and can be life threatening.

Frey was the lead singer and played guitar, among other instruments, for the Eagles, known for hits such as “Take It Easy,” “Already Gone” and “Hotel California.”

“Words can neither describe our sorrow, nor our love and respect for all that he has given to us, his family, the music community and millions of fans worldwide,” the website stated.

He had a recurrence of “previous intestinal issues, which will require major surgery and a lengthy recovery period,” a statement from the Eagle read, according to the Post.