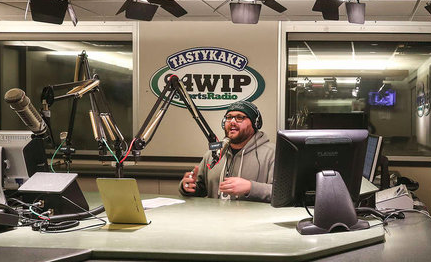 Philly sports radio host Josh Innes is in hot water for using a racial epithet on the air to describe a Philadelphia Eagles player on CBS Radio's  WIP 94.1 FM.

Innes used a pejorative term in a description of Eagles center Jason Kelce, according to Philly.com.

“I’m the dumbest human being on the planet,” Innes said during an on-air apology, adding that he didn’t intend to offend anyone. “I apologize for that, I truly do. I’m an idiot.”


Innes has been critical of Kelce in the past for being overly loyal to the coaching staff. Talking to cohost Hollis Thomas yesterday, he noted how the Eagles’ center arrived early for a press conference introducing new head coach Doug Pederson.

It was after telling Thomas that he had watched “Malcom X” while waiting in the airport in Memphis that Innes put his foot in his mouth. “There was a scene where Denzel [Washington] is doing the whole thing about the slave and the house Negro? Right?” Innes began. Then, suggesting that the house Negro is a slave who still feels a sense of entitlement and pride by living in the main house, Innes ended by saying, “Jason Kelce is the [Eagles’] house Negro is what I’m trying to convey to you.”

One Philly radio exec told Philly.com staff writer Rob Tornoe they would be surprised if Innes survives on-air after making the comments.
Posted 4:15:00 AM