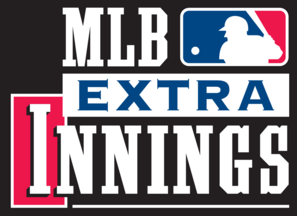 About a week before a trial was scheduled to begin, Major League Baseball, Comcast and DirectTV agreed to settle a class-action lawsuit filed on behalf of fans who alleged the parties violated federal antitrust law by using blackouts to limit out-of-market broadcasts of games.

In essense, the suit claimed fans were forced to buy the entire MLB.tv package rather than spend less to buy just the team they wanted to see. For example, a Yankees fan in California could not purchase just the YES Network broadcasts.

According to Baseball America, the suit—Fernanda Garber et al v. Officer of the Commissioner of Baseball—was scheduled to be heard by Judge Shira Scheindlin in U.S. District Court in Manhattan. The settlement was announced today, and although MLB confirmed the agreeement in a statement, it said that “because the process remains ongoing, it is not appropriate to comment further at this time.”

The suit was filed in 2012 and challenged MLB’s system for granting exclusive broadcast rights to regional networks and barring teams from broadcasting or streaming games outside their home territories.

According to the plaintiffs’ attorney, Jeffrey Dubner of Cohen Milstein Sellers & Toll, MLB will now offer MLB.tv’s full package at $109.99—a 35-percent discount—and single-team options for $84.99.

In a statement, Dubner said the agreement now calls for MLB.tv to be the “least-expensive, full-season package offering among all professional sports leagues in the United States.”

“We believe this settlement brings significant change to the sports broadcasting landscape,” said lead plaintiff attorney Ned Diver at Langer Grogan. “It is a big win for baseball fans.”