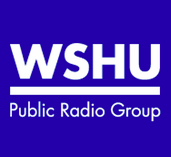 A little more than four years after buying a pair of Stamford and Norwalk AM radio stations, Fairfield CT-based WSHU Public Radio Group announced it is closing both and putting them up for sale.

WSTC 1400 AM in Stamford and WNLK 1350 AM in Norwalk will go off air Monday. The stations managed to attract only about 900 listeners combined.

“This was a strategic decision,” WSHU General Manager George Lombardi told the Stamdord Daily Voice. “We are a nonprofit organization and a community resource. We have a responsibility to our supporters to make smart business decisions, and we have found that it is not financially viable to operate these stations at this time.”

WSHU 91.1 FM acquired WSTC and WNLK in 2011 from Cox Media Group and planned to use them as an opportunity to attract more listeners, Lombardi said. But the numbers were very disappointing.

“We operate in highly competitive markets, and unfortunately, on average, only about 900 listeners tune in to the combined AM stations," he said. "We haven’t been able to grow listenership —or listener support — at the rate we had hoped.”

The group has chosen to discontinue broadcasting on the AM stations now, instead of waiting for a sale to go through, because on-air fundraising is set to begin at the end of the month.

“We never want to be in a position where we ask listeners to contribute toward something that won’t be there for them in the long term,” said Lombardi.

Tom Kuser, WSHU’s Program Director and local host of the newsmagazine "Morning Edition," says that there will be little impact on programs provided to the community.

“Listeners can still enjoy all the in-depth local coverage, NPR News, and highly regarded programs like 'Marketplace,' 'Fresh Air' and 'The Takeaway,' either via online streaming, or traditional radio frequencies,” he said.
Posted 6:02:00 AM