A new Country artist on the rise, Tara Thompson, visited the WNSH NASH FM 94.7 studios this week in NYC to talk with afternoon hot Jesse Addy.

Tara is now on tour with Jennifer Nettles, Brandy Clark and Lindsay Ell as part of the CMT Next Women of Country Tour and will be performing tonight at the Beacon Theater in New York. Tara recalled how she loved to cover Sugarland songs and how this is a dream come true to be on tour with Jennifer Nettles. Before heading out, Tara played a couple of her songs for NASH FM 94.7 listeners, including “Vows”, “Someone to Take Your Place” and “Jail!” 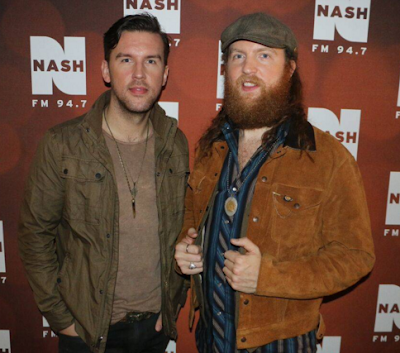 Meanwhile, one of Country’s favorite up and coming duos, Brothers Osborne, also stopped by the NASH FM 94.7 studios. Jesse Addy talked to the artists about their new album, Pawnshop, which was just released last Friday.

They explained that the album covers a variety of genres, some Country and some Rock-- and there is a randomness to it, just like one would find randomness and variety in an actual pawnshop, hence the title. Their current single, “Stay A Little Longer”, is on its way to being number one and is also nominated for a Grammy this year for Best Country Duo/Group Performance!
Posted 3:01:00 AM