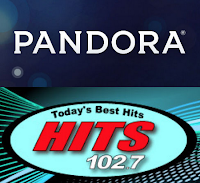 The American Society of Composers, Authors and Publishers has asked the U.S. Federal Communications Commission to reconsider its decision allowing Pandora Media Inc. to buy an KXMZ 102.7 FM in Rapid City, SD, saying the agency ignored glaring public interest questions with its approval.

The FCC applied an extremely narrow lens when earlier this month it gave its blessing to the sale, the sole purpose of which the group claims is for Pandora to continue with its complicated bid to reduce the copyright royalties it pays to ASCAP, the group said in its petition Wednesday. ASCAP negotiates and collects royalties on behalf of a large portion of songwriters.

Law360 reports ASCAP believes the FCC should have instead taken a broader public-interest approach to examining applications that propose foreign broadcast ownership.

The petition claims that the FCC ruling was “arbitrary and capricious” in violation of the Administrative Procedures Act as the agency failed to properly justify its decision.

ASCAP blasted the part of the FCC order that it said mistook a fact admitted by Pandora for an allegation hurled by the group: namely, that Pandora was primarily interested in reducing its royalty payments by adopting licensing terms equivalent to those of prominent terrestrial radio broadcasters.

In articulating that it did not believe its job was to analyze the motivation of a company for such a ruling, the FCC made an “extraordinary change of policy,” ASCAP said.