Sirius XM Radio saw its shares trading below $3 for the first time since February last week, but not everybody thinks this is a buying opportunity. Zacks Equity Research knocked down the stock to "underperform" on Thursday.

There are a few reasons for the downgrade, according to Rick Munarriz at The Motley Fool.

The stock has run up too high -- up 73% over the past year at the time of the downgrade.

Sirius XM already has a commanding presence in the auto market, now facing "growing competition from Pandora and Spotfy."

Management policy may be uncertain after Sirius XM "lost the legal battle" as Liberty Media took majority control of the satellite-radio provider.

Those points add up to a reasonable bearish thesis on the surface, but dig deeper, and they all appear to be flawed. 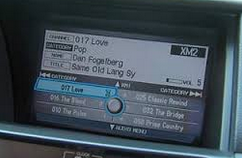 Sirius XM's guidance was modest back in January, but keep in mind that Sirius XM was targeting only 1.3 million net subscriber additions for 2012 a year earlier. As the economy firmed up, retention trends improved, and auto sales remained resilient, the media giant jacked up its guidance to 1.5 million, 1.6 million, and 1.8 million, before ultimately arriving at 2 million net additions for all of last year. Downgrading the stock based on its outlook should be done with respect to Sirius XM's recent history of being overly conservative on that front.

As for the stock's rally, has anyone seen Sirius XM's stock run in recent years? Investors bailing on Sirius XM after the stock's 400% surge in 2009 would've missed out on a further 172% pop in 2010. Dumping Sirius XM just because it has had a strong run and is near a fresh 52-week high has been the wrong move in recent years.

When it comes to Sirius XM's presence in the auto market, keep in mind that there are a lot of old cars out there without satellite-radio receivers. As those autos get traded in, there's a good chance that the new car will have a Sirius or XM receiver. There are more than 250 million registered passenger vehicles in this country, and Sirius XM is currently servicing less than 10% of them. There's upside to be had here.