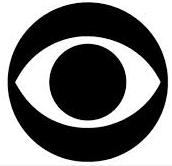 Like rival Fox TV, CBS, the parent company of CNET, is considering alternative ways to monetize its television content in the face of Aereo's service, including cutting off broadcast signals in favor of a subscription-only model, The New York Times reported Tuesday. The revelation comes a day after Chase Carey, chief operations officer of News Corp., indicated that Fox would change its business model to ensure it gets paid for TV content it produces.

"We need the dual revenue stream model of retransmission fees and advertising to sustain our business," Carey said yesterday at National Association of Broadcasters' annual trade show in . "We will pursue our rights fully both legally and politically to protect our rights. But if we can't get our rights protected, we will pursue business solutions to take our network and turn it into a subscription service."

Carey later clarified his statement to say that News Corp. would work with affiliates and partners to stop broadcasting the Fox channel for free and would instead make it only accessible by paid subscription. The millions of TV viewers in the who receive over-the-air television free via antennas could be forced to pay.

Leslie Moonves, the chief executive officer of CBS, told the Times today that he "wholeheartedly supported what Chase said" and that his network had held talks with cable operators about taking its signal off the air. CBS, as well as the other broadcast networks, are in litigation with satellite TV provider Dish Network over the legality of its ad-skipping technology.