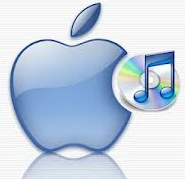 Apple is expected to sign its first internet radio licensing agreement with a major record label perhaps as soon as next week, multiple sources with knowledge of the talks have told The Verge.

Universal Music Group, the largest of the major record companies, has reached the final stages of the negotiations and Warner Music is close behind, the sources said.

Apple is expected to launch a web radio service similar to Pandora's later this year, provided that executives there can strike an agreement with Sony Music Entertainment as well as music publishers.

Talks with Sony, which operates the third label, Sony Music Entertainment and Sony / ATV, the music publishing company jointly run with the estate of the late singer Michael Jackson, are said to not be as far along towards reaching a deal. Last week, The Verge broke the news that Apple had made made substantial progress in the talks with Universal and Warner.