Keith Richards: ‘Not The Last’ For The Rolling Stones 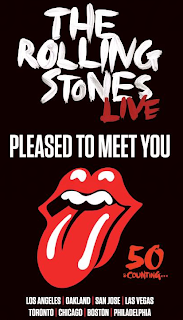 Despite their age, Keith Richards maintains that this is definitely not the last go-round for the Rolling Stones. Richards joked to QMI Agency, saying, "Do you know how many times that one's been asked (about it being the swan song), who knows honey? If the guys are flying and rocking and everybody feels good, I don't see why they wouldn't do 51 And Counting, 52. . . But at the moment, we're well aware that we're getting up there. Yes, we can't do anything about it. I've applied to the office but no, there's some things we can't move."

Mick Jagger, who turns 70 in July, told Rolling Stone that he knows his limits when onstage: "I just have to train a lot and keep really fit. I want to do these moves, but I can't do them because if I did, I'd probably screw up. You just got to do what's within your capabilities. I don't want it to look wrong, so I'm going to stay within my boundaries."