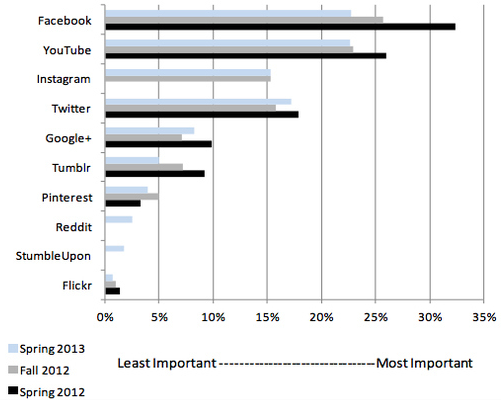 Facebook is the "most important" social media site for about 10% fewer teenagers than it was a year ago, according to a new PiperJaffray survey of over 5,000 teenagers. The teens surveyed are less interested in Twitter, YouTube, Google+, Flickr, and Tumblr too. Of the major sites included in the survey, only Pinterest has grown. (Instagram was not included in the survey in spring 2012).

This suggests something bigger than a shift away from Facebook; it hints at what could be the beginning of an across-the-board teen rejection of traditional social networking as a whole. But where are young people going? The survey includes some notable write-ins, which are presented almost as a footnote. But they might explain what's going on: