Arbitron: Data Shows The Power Of Radio In Vehicles 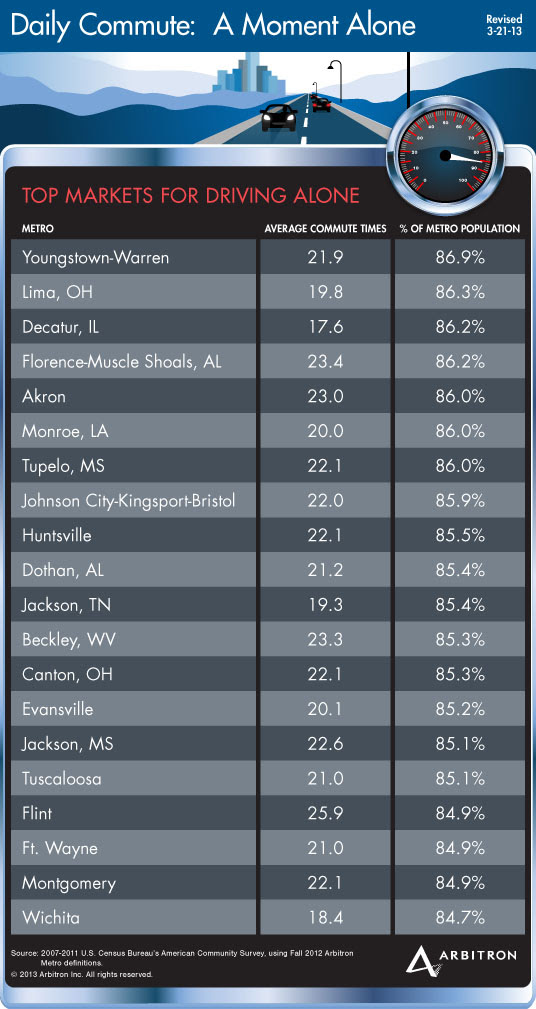 From the U.S. Census Bureau’s 2007–2011 American Community Surveys, Arbitron has released commuter profile data for each Metro market. This data underscores the power of radio in vehicles, especially traveling to and from work. The data include: 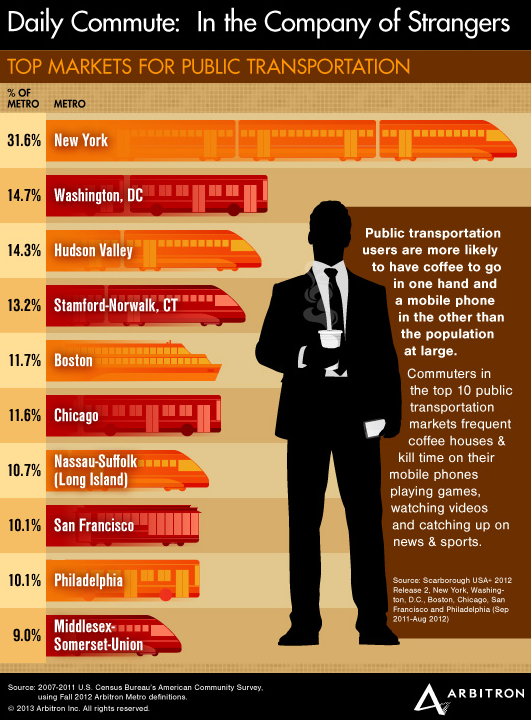