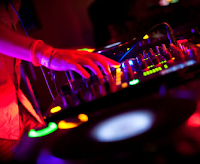 Dick Clark Productions, the producer of the Golden Globes, is looking to cash in on rising ratings and advertiser demand for TiVo-proof TV events with a first-of-its-kind awards show to celebrate vinyl-spinning DJs, The New York Post has learned.

DJs including DeadMau5, David Guetta and Swedish House Mafia have made electronic dance music, or EDM, one of the fastest-growing music genres around. Billboard began tracking sales as a separate category at the start of the year.

The company, whose awards shows also include the American Music Awards and the , is in talks to line up a TV partner to air the broadcast.

Dick Clark Productions CEO Allen Shapiro is moving swiftly to grow the live events business, which fits into an overall strategy for Guggenheim Partners to own DVR-proof programming such as live events and sports.