The Fiasco Returns To WJRR Orlando 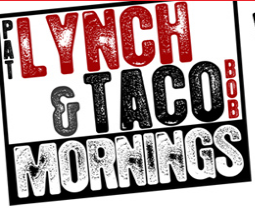 Clear Channel-Orlando is reuniting the duo after the departure of latest morning guy, Crash.  He has reportedly has left radio for a new venture.

So what’s old is new again.  Pat & Taco held down the morning shift for many years and then, both were fired in early 2008, for reasons that remain an HR secret.

The syndicated Lex & Terry show, which was in the CC-stable at the time, became the JRR Morning Show. The move upset many listeners who preferred a morning show with some music.

In August 2010, Lex & Terry were out and CC-Orlando paired Crash & LT as a response to listener demands for music in the morning.

Now, JRR has come full circle with mornings once again the domain of Pat Lynch & Taco Bob starting 5 am Monday.