“The Savage Nation” will return to the New York City market via the nation’s top talk-radio station, WABC 770 AM, and will be heard in the nation’s capital on WMAL 630 AM/105.9 FM. 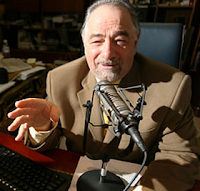 Michael Savage, whose show is broadcast on more than 150 Cumulus Media affiliates, will air from 9 p.m. to 11 p.m. weeknights in New York City and Washington, D.C., beginning Dec. 3.

“We in the media are supposed to be the watchdogs over government, not lapdogs,” Savage said. “That’s what freedom of speech and freedom of press entails.”

Savage said that without “harsh criticism, our politicians become immune to the people and behave like King George.”

“I take my role seriously and hope to continue to entertain and inform on WABC and WMAL,” he said.

Savage ended his relationship with the Talk Radio Network in October, where “The Savage Nation” was the third most listened to radio talk show in the U.S. with more than 10 million weekly listeners. This year, the show became the No. 1 talk show on the Internet.

Savage said that while “San Fransicko” is his adopted home, “New York City is still a sort of spiritual home to me – my ancestors are buried there.”
Posted 3:10:00 AM