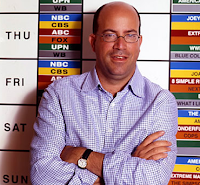 "Jeff's experience as a news executive is unmatched for its breadth and success," said Phil Kent, chairman and CEO of Turner Broadcasting System, CNN's parent company. "In a career that has seen significant professional success in both broadcast and cable, Jeff has demonstrated his ability to run multiple lines of business and fiercely defend journalists and journalism."

"I am thrilled to join the distinguished team of journalists across the worldwide platforms of CNN," Zucker said in a statement. "The global reach and scale of the CNN brand is unparalleled in all of news. Outside of my family and the Miami Dolphins, there is nothing I am as passionate about as journalism."

His first challenge is likely to be turning around CNN/US television ratings, which have been declining in recent years.

Zucker, who had most recently produced Katie Couric's new daytime talk show, had been widely rumored to be in line for the position.

Zucker, who was born and raised in the area, started his professional career as a researcher for NBC's Olympics operation in 1986. Within three years he was a producer for the "Today" show; three years after that, in 1992, he became its executive producer at age 26. He helped propel the morning show to the No. 1 position, which it consistently held through the rest of his tenure.

Zucker's portfolio will include all CNN networks and digital properties. The original 24-hour news network, CNN has the greatest reach of any domestic news network. The CNN brand on television extends to 100 million households in the and 265 million households abroad, with significant online and mobile reach and a global newsgathering network with 45 locations.
Posted 1:29:00 PM