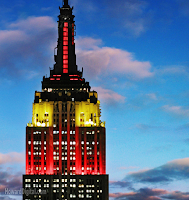 Tonight, the world-famous Empire State Building (ESB), in collaboration with Clear Channel Media and Entertainment and 14 time Grammy Award winner, Alicia Keys, will give a gift to New York City and the world by revealing ESB's new, one-of-a-kind LED tower lights with a first-ever light show on the Landmark. This show marks the official unveiling of a groundbreaking new LED lighting system, developed by the world's leader in LED lighting Philips Color Kinetics (PCK). 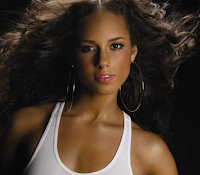 New Yorkers and those in the surrounding area with a view of ESB can tune into one of four Clear Channel radio stations--Z100, 103.5 KTU, Power105, and 106.7 Lite fm--as the stations simultaneously play accompanying music to the light show. The light show will be hosted for on-demand viewing at iHeartRadio.com, home to Clear Channel's digital radio service, by 10 a.m., on Tuesday, November 27.

The state-of-the-art dynamic lighting system from PCK is unique to ESB and allows customized light capabilities from a palette of over 16 million colors in limitless combinations along with effects previously not possible such as ripples, cross-fades, sparkles, chasers, sweeps, strobes and bursts. In addition to greater control and management of the lighting, the new computerized system will deliver superior light and vibrancy levels in real-time, unlike the previous floodlights. 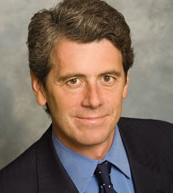 "The 's lights are the international icon of the skyline. We use our tower lights to partner with select charities, organizations, and events around the world," said Anthony E. Malkin, President of Malkin Holdings which supervises the .

"Philips Color Kinetics' new LED lights were installed over the summer and have been set at the color and intensity of the incandescent lights they replaced. As of tonight, our lights' full range and intensity will be brought to life, forever changing the skyline. We wanted to celebrate with and thank and our global audience with a specially choreographed, custom light show. I am so happy that real New Yorkers, Alicia Keys, Z100, 103.5 KTU, Power105, and 106.7 Lite fm are sharing in our gift of the light show tonight."
Posted 1:39:00 PM