Survey: The Best (and Worst) of Mobile Connectivity

Some 85% of American adults own a cell phone, and these mobile devices now play a central role in many aspects of their owners’ lives according to a new survey from Pew Research Center. 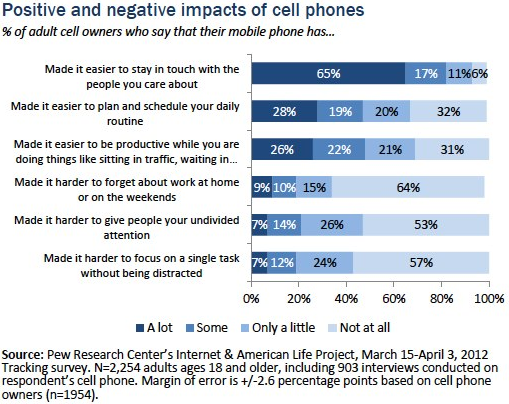 For many cell owners, their phone is an essential utility that they check frequently, keep close at all times, and would have trouble functioning without:

Indeed according to the Pew study, many cell owners hear complaints from friends that they don’t devote enough time to monitoring their mobile communications: