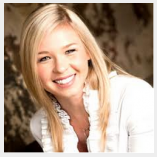 Jenn Hobby is leaving WWWQ Q100’s The Bert Show in after nearly a decade.   According to Rodney Ho at ajc.com commented on-air:

“It’s going to be a whole new chapter of life.  I wouldn’t be the woman I am without the Bert Show.”

Hobby got married two years ago and is pregnant with her first child.

Her voice cracked when she said that the Bert Show is how she met her husband, who is a high school principal. He showed up in studio when his school band came in and they fell in love.

Hobby posted a statement on her station blog:

“What a decade! I started working with Q100 in 2002, when I was just 25 years old and eager to join a cool morning radio show and brand-new station. I had no idea at the time that I was in for the ride of my life! The 10 years that followed have been full of more laughter, tears, surprise, growth, excitement and discovery than this girl ever dreamed possible.”

She will be officially leaving in two weeks. Her final day on air will be Dec. 7. Bert Weiss on air said he is in no rush to replace Hobby’s spot.