While staffing in TV news soared, salaries did not.  The latest RTDNA/Hofstra University

Annual Survey found that local television news salaries rose 2.0% during 2011.  That
thin margin of growth suggests that a lot of the hiring in 2011 took place among relatively
young, less expensive staffers.

Radio news salaries this year were up a scant 1.2% from a year ago.

With inflation at 2.9% in 2011, radio and TV news people actually lost ground in real
wages. 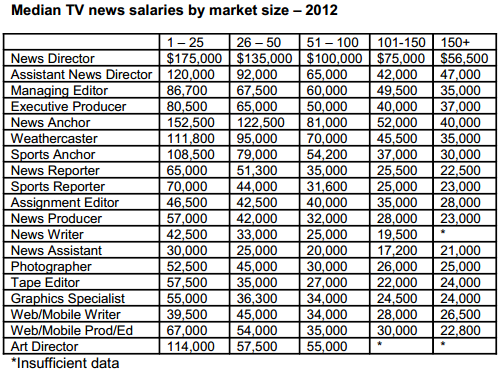